Women go through different degrees of pain in the pelvic and abdominal area during periods. These pain start a few days or hours before the periods start and usually last for one or two days during the periods. Other symptoms like dizziness, nausea, low back pain, leg pain and vomiting may accompany menstrual cramps.

Menstrual cramps result due to the release of the hormone prostaglandins, which helps in the contraction of uterus to shed the endometrial lining. Menstrual cramps are severe at a young age when the uterus starts functioning normally and recedes with aging.

Depression, anxiety and stress are other factors that can lead to painful menstruation. Secondary dysmenorrhea can arise due to cysts and fibroids in the uterus and ovaries and other inflammatory pelvic diseases.

Painful menstrual cramps is a normal condition that can be reduced through the following natural remedies.

Using a hot water bottle or heating pad on your lower abdomen reduces the pain significantly. One can also apply hot compress with a padded cloth.

Drinking chamomile is very helpful in reducing mental cramps. Add two teaspoons dried chamomile powder to a cup of boiling water. If you don’t have the powder, you can use chamomile tea bags instead. You can add sugar or honey for the taste. To have maximum benefits take the tea before the start of the menstrual cycle.

Make sure you eat a diet rich in calcium, Vitamin B and magnesium. Calcium is highly beneficial in preventing cramps and toning the muscles.  On the other hand, magnesium helps in calcium absorption. Food like salmon, vegetables, tofu, nuts and green vegetables are rich in magnesium.

To relieve painful menstruation, you can massage the back and lower abdomen. This enables the muscles to relax and blood flow easily. When getting a massage, try to incorporate soothing essential oils such as mint and lavender.

Exercise is known to help with menstrual cramps. Engaging in exercise increases the level of endorphins in your body which stimulates circulation especially in your lower abdomen. Try exercising regularly during the month before your period … Read More

Did you know you can prevent stroke by improving your diet? According to Food Revolution expert Michael Greger, MD, the best way to prevent suffering from a stroke is to eat whole food, plant-based diet centered on vegetables, lentils, beans, seeds, whole grains, fruits, and nuts. In addition, to get full benefits plant based eaters should get regular source of B12 (fortified foods or supplements).

Why Do Plant-Based Diets Lower The Risk of Stroke?

One of the main reasons why a plant based diet protects against stroke is due to fiber found in whole plant foods. Plant foods are filled with antioxidants which help reducing inflation and prevent plaque from building in the arteries and help in blood flow. One of the reasons why plant-based diets protect against stroke is due to the fiber found in whole plant foods. According to studies, when you eat seven grams of fiber per day, you get nearly a 7% drop in the risk of first-time stroke. Unfortunately, less than 3% of Americans meet the minimum daily recommendation for fiber.

Generally plant food contain 64 times more antioxidants than animal based foods. In your daily food intake, strive to include vegetables, herbs, spices and fruits to fill your body with a wide range of antioxidants. These are the best foods you need to consume to prevent suffering from different types of stroke.

According to study, adding an ounce of nuts per day cuts the risk of stroke in half.

A study led by Harvard researchers, greens turned out to be associated with the strongest protection against major chronic diseases, including a 20% reduction for strokes and heart disease.

According to population studies that followed people over time, those who ate chocolate appeared to have lower rates of stroke. However, sugar and dairy that come with most types of chocolate aren’t linked to positive health outcomes, so dark chocolate with high cacao content is the best choice.

Eating whole grains has been found to be associated with a reduced risk of stroke. In a book, How Not to Die, Dr. Greger recommends at least 3 servings of whole grains each day to prevent stroke.

Garlic is a great choice for reducing stroke risk. A human study found that regular garlic consumption resulted in a 50% reduction in rates of stroke.

High levels of lycopene, which is found in tomatoes, may be associated with a significantly reduced risk of stroke.

The results of a 13-year study of more than 80,000 Japanese adults found that those who drank at least one cup of coffee a day had a 20% reduced risk of stroke. Those who drank 2 to … Read More

Cholesterol is a fat-like material that is found in the liver, nerves, bile, blood and brain. Although it usually receives a lot of negative press, it actually an important thing when it comes to production of steroid hormones and nerve function as well as other body functions. Cholesterol becomes dangerous when it’s excessively pumped in the blood in its oxidized form.  This is one of the major contributors to the development of hardening the arteries (arteriosclerosis) commonly known as heart disease.

Niacin is a form of Vitamin B3 which had tremendously been used to lower LDH and increase HDL cholesterol levels. It’s an effective cholesterol lowering drug supplement and less expensive. Some of the side effects of using Niacin especially when taken in high doses for high cholesterol levels include stomachache, flushing, headaches and chronic liver, gastric, gout and diabetes damage.

Niacin should not be self-medicated but a physician should monitor your intake. The key to taking niacin successfully to lower cholesterol is to start with a small amount, 50mg twice daily and gradually increase to 400mg three times a day over a period of 2-3 months.

Quercetin is a bioflavonoid that protects LDL cholesterol from damage. Consuming foods that are high in quercetin help in lowering the risk of heart disease. Quercetin is found in apples, onions, black tea and as a supplement.

Fish oil is excellent for reducing your overall cholesterol levels as well as increasing you HDL (good cholesterol). Taking fish oil supplement daily is believed to give you the same benefits as eating fish. According to research including fish as part of your diet have better results compared to fish oil supplements. So, try to include fish in your diet at least twice a week.

If your cholesterol is above 300, you will want to add the following vitamins and minerals. Most of these nutrients have antioxidant properties that help lower your HDL cholesterol levels.

– Magnesium (Magnesium is needed by the heart to function properly)

This creative step routine builds cardiovascular endurance and
burns excess fat at a fast rate. A nice variety of moves
without complex choreography will keep your body in motion.
The BONUS abdominal section will help firm and reshape your stomach area as well.

Set on Waikiki Beach in Hawaii with Diamond Head in the
background. This workout is recommended for the intermediate to advanced participant.

You can get this DVD here: 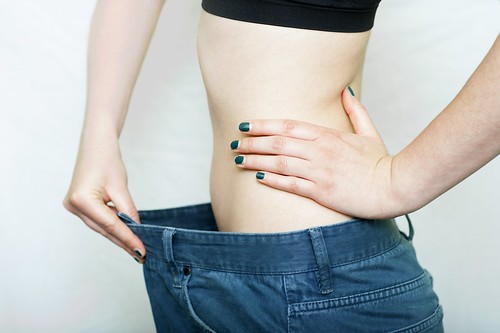