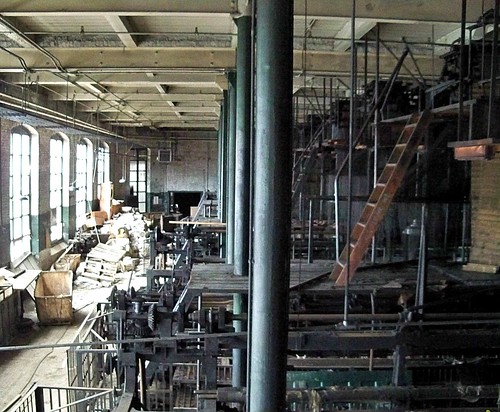 The United States is experiencing the fallout from our industrial decline. Many small towns and big cities across the nation are dealing with abandoned factories, hotels, banks, churches, amusement parks, malls, restaurants, and so on, with too few resources and innovative ideas to revitalize their communities. More often than not, plans for redevelopment or historic preservation fall through, primarily because of the huge price tags for such projects. It looks as if the former Scranton Lace Factory will be the exception to this rule.

I know that many people are upset over the loss of all but one of the company’s historic three story tall, 50 foot long, 20 ton looms. But where could anyone realistically store a room full of such devices? I applaud the developers for including a museum that will pay homage to the factory and the generations of employees who worked there as part of the plans to turn the old facility into a complex that will include 190 apartments, 42 offices, a medically-based fitness center, restaurants and retail space. It’s just a fact that communities and developers have to strike a balance between historic preservation, economic development, and reality in order for any revitalization project to become a success. And sadly, sometimes history has to be lost to move forward with plans for the future.

The owners of Scranton Lace have been very generous to the community and those who value history by allowing numerous photographers the opportunity to photograph and preserve the history of this manufacturing giant before moving ahead with renovation.

For more photos from this location, visit:
Abandoned Scranton Lace: A Visual Autopsy of the American Dream